The next challenge for the Historical Food Fortnightly is to make something with a rare or scarce ingredients. Last October I was lucky enough to stumble upon a rather elusive fruit in a small French market. Called nèfles in French, medlars are very hard to come by in Australia, so I jumped at the opportunity to try these much maligned fruits.

A member of the rose family, medlars might look a bit like giant, brown rosehips but in texture they are more like their other relative, the quince. Like quinces medlars are extremely hard and sour, or at least until they are bletted. Bletting is the first step for basically any medlar recipe and involves leaving the fruit for several weeks to rot. The whole rotted fruit thing is part of the reason that the fruit has a bit of a bad name, but it’s also got centuries of bad nicknames (‘cul de chien’ in French, and an even more graphic one in English) and a history of sexual inneundo (Chaucer, Shakespear and D.H. Lawrence have all had a go at the poor medlar) to overcome. Don’t be put off though, for all its resemblance to certain anatomical features, the medlar is seeing a resurgence amongst foodies and for good reason too!

Some of the sites I read about bletting suggested putting the medlars in the fridge but I found that it was much faster to leave them out on the counter in a paper bag. It took a number of weeks and not all of the fruit ripened at the same time, you can arrest ripening by putting them in the fridge while you wait for the rest to be ready. They’re ready when they are wrinkled, soft and squishy, it’s not hard to tell. You can see the clear difference between the medlars before and after bletting in picture below. 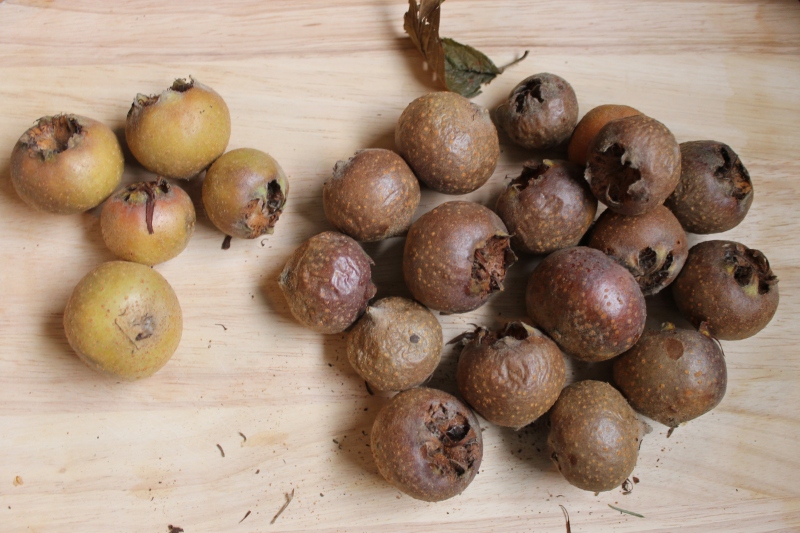 Once the medlars are bletted they can be eaten straight, just squeezed out of their skins but watch out for the seeds! I tried them like this and quite like the flavour which is similar to applesauce, but I didn’t like the texture which was quite grainy. With a carton of medlars to use up I turned to the historical cookbooks for directions. The most common way of using medlars seems to be as jelly which was particularly popular in the Victorian period, but other options include medlar tarts, medlar cheese or medlar preserves.

This recipe comes from Foreign Desserts for English Tables which was published in 1862. The recipe is incredibly simple, can be applied to whatever quantity of medlars you have and makes a delicious jelly. It can be eaten like a jam, added to gravies and sauces or eaten with cheese as an alternative to quince paste, and it’s definitely worth a try if you can find some medlars! 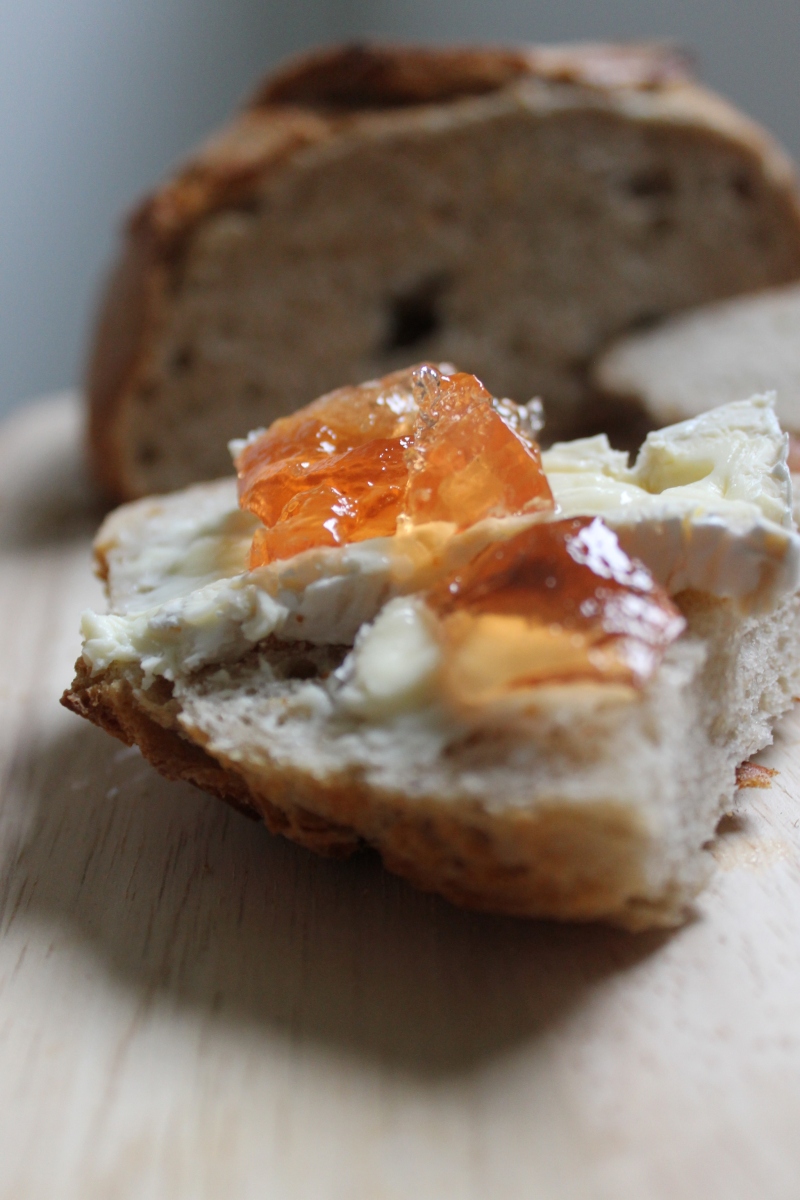 “Medlar Jelly – Pick over your medlars, choose them that are ripe but perfectly sound; halve them, and put them into a saucepan with the juice of a lemon and enough water to float them. Boil them until the water is reduced to a third of its original quantity. Mash the fruit in the liquor put it in a very fine sieve, and let the juice run through without using pressure. Take weight for weight of the latter and highly refined loaf-sugar, boil and skim it carefully, and when thick enough place it in your glass mould. This jelly should be beautifully clear when well made.”[1]

Now I don’t think its worth me giving a redaction, partly because I didn’t have scales in France when I made it and so don’t know what quantities I used, and partly because the original recipe is very straightforward. If you are concerned about using this recipe and want something with quantities you could use David Lebovitz’s recipe which is similar but adds an apple to up the pectin content (what helps the jelly set). The process for testing the jelly and bottling it is the same as for Transparent Marmalade.

The Recipe: From Foreign Desserts for English Tables (available here)

How did you make it? See above.

How successful was it?:  Very nice indeed, a lovely translucent jelly with a rosy colour (it was less orange than it looks in the pictures).

How accurate?: Pretty good I think, with the exception of the sugar maybe?

The Cook and the Curator on medlars and medlar cheese

The Old Foodie on medlars and medlar tarts