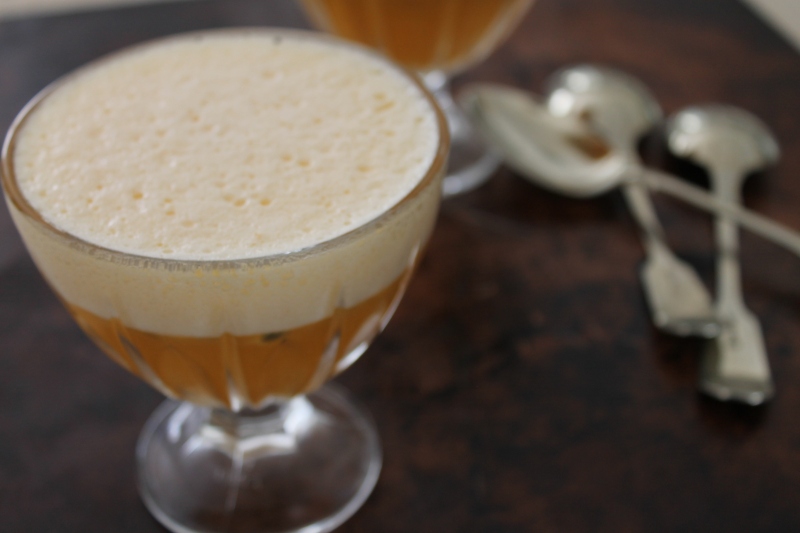 I spent August at home in Brisbane and our passionfruit vine was loaded down with fruit. There were so many little bulbs of deliciousness that I racked my brain trying to figure out what to do with them all. That means, of course, searching Trove for historical recipes to test.

I’m not sure it’s generally very well known that Australia has a proud baking tradition (although people overseas do comment on the Australian sweet tooth) but many of Australia’s most iconic treats are baked: lamingtons, ANZAC biscuits, gems cones, pumpkin scones, damper, even pavlova.

While many of the baked goods were variations on European traditions, such as gingerbread, sponge cakes or scones, Barbara Santich argues that what makes Australian baking unique was the proliferation of variations.[1] She suggests that sweet recipes took up a much larger proportion of 19th and early 20th century Australian cookbooks compared to contemporary English cookbooks, perhaps two or three times as many.[2]

The warm growing conditions facilitated this experimentation; sugar was cheaply available, especially as the Australian sugar business took off, and fruit was abundant. Two tropical flavours, in particular, came to the forefront: coconut and passionfruit. While passionfruit is now most commonly used as a topping for pavlova, it was also used as a filling or icing for cakes, and made into jams, jellies and butters, puddings, slices, pies, biscuits, creams and flummeries.

The first recipe I decided to make was a 1939 recipe for Passionfruit Custard Slices. The slice, a rectangular slab of baked goodness that’s cut into slices, is a highlight of Australian baking.  No country bakery is complete without vanilla slice – a thick layer of vanilla custard sandwiched between crisp, golden pastry. Passionfruit slice is a variation on this, with a passionfruit icing on top of the upper layer of pastry.

What makes this recipe different is that it doesn’t use a real custard for the filling. Instead, you make a white sauce which is then enriched with sugar and egg yolks. I was pretty wary of this, since it didn’t sound like it would be thick enough, or particularly tasty. However, because it’s not very sweet it does a really good job of balancing out the extremely sugary icing.

Method: Roll prepared pastry square or oblong in shape, place on baking tray, brush surface with egg white, then cook in hot oven for 15 to 20 minutes, decreasing heat when well risen and lightly brown. Lift on wire cooler, and, when cold, split in two layers. Melt butter in saucepan, add flour and blend smoothly, cook for a minute, then add milk, and stir until mixture boils and thickens. Stir in sugar, egg yolks, and cook without reboiling the custard. Stir until cool, add passionfruit pulp or strained juice, then spread one layer of pastry with custard and cover with other layer. Mix sifted icing sugar with passionfruit pulp or strained juice, forming a smooth icing. Pour over pastry surface and when firmly set, cut into slices.[3]

Another staple of passionfruit desserts is the moulded jelly or pudding. A flummery is basically a jelly made with a substance such as cream or milk to make it opaque. They have a long history, dating back to at least the 17th century when it was made with oats or wheat, but have mostly disappeared now. Flummery still survives in some Australian households as ‘jelly whip’, a cheap, mousse-like dessert in which evaporated milk is whipped into nearly set jelly. This version from 1933 is even cheaper, and is dairy free, because it uses flour rather than a dairy product to make the jelly opaque.

Soak 1 tablespoon gelatine in 1 cup cold water for 2 hours, then add 1 1/2 cups sugar. Mix 1 tablespoon plain flour with 1 cup cold water, the juice of 2 oranges and 1 lemon. Put all on fire together and bring to the boil, remove, and when nearly cold add the pulp of 6 passionfruit, and beat till thick and white.[4]

My flummery separated, I think maybe because the jelly wasn’t cold enough when I whipped it. It was still OK, with a layer of plain jelly on the bottom and then a layer of flummery with the texture more like marshmallow fluff or something like that. The main problem was just that the jelly was wayyyyy too sweet. 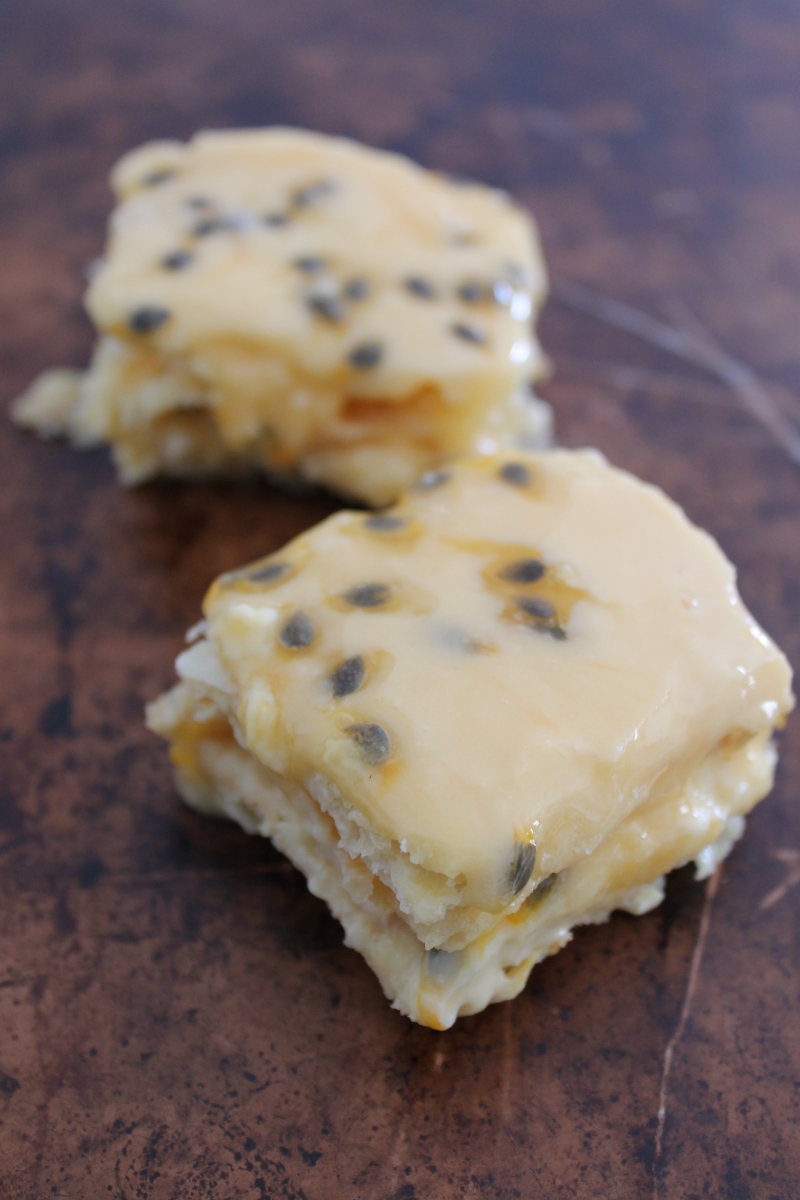